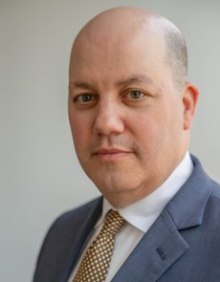 Since opening his family law private practice in 1996, Scott has concentrated his practice in the area of family law, including divorce, child custody, child support, paternity and other family law related issues.

He obtained his undergraduate degree from the University of Wisconsin in Madison, and received a Juris Doctor degree from the John Marshall Law School (now UIC-John Marshall). During law school, he clerked for a sole practitioner with an established family law practice, and started his own practice immediately after being admitted to the Illinois bar.

In over two decades of practice, Scott has handled hundreds of contested divorce, child custody and other family law matters. He has handled cases involving high profile individuals with the utmost discretion.

Scott is a certified mediator and is an approved mediator for the Cook County Domestic Relations Division. He has successfully mediated numerous family law matters.

Scott was appointed to the Supreme Court Committee on Equality in 2017. This committee is comprised of Judges and lawyers from all around the state of Illinois whose goal is to promote equality and fairness in all aspects of the administration of justice.

Scott has also been active with the UIC/John Marshall Alumni Mentor Program – mentoring law students, exposing them to family law cases and introducing them to the Court system.

“The best decision I made during divorce proceedings was to leave my first attorney and retain Scott. It was very comforting to have an attorney that spoke in the Courtroom with such confidence and delivered on his promises. Knowing that Scott was on my side made the whole emotionally difficult experience much easier to endure.”
—H.E.

Please contact us for a free, face-to-face consultation or email Scott.

We handle cases throughout Cook, Lake, Will and DuPage Counties. Please call or send an email, so we can schedule your free initial consultation.